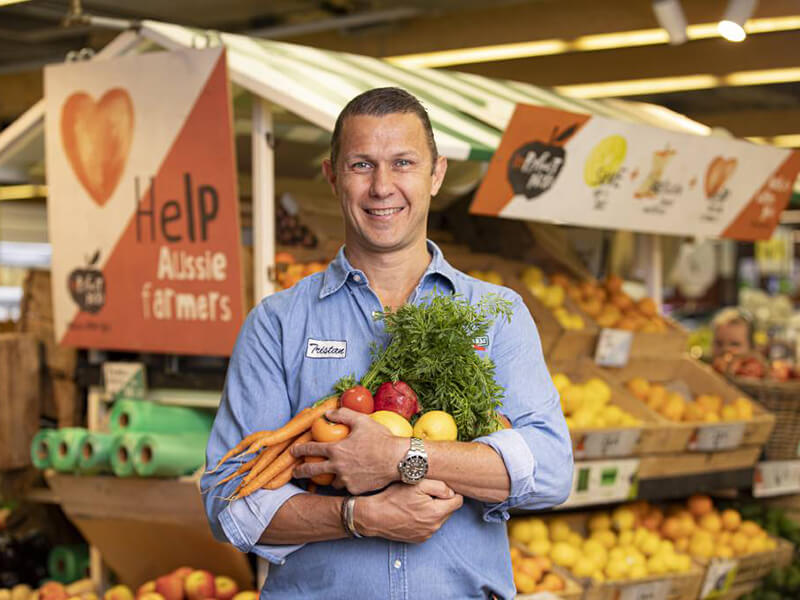 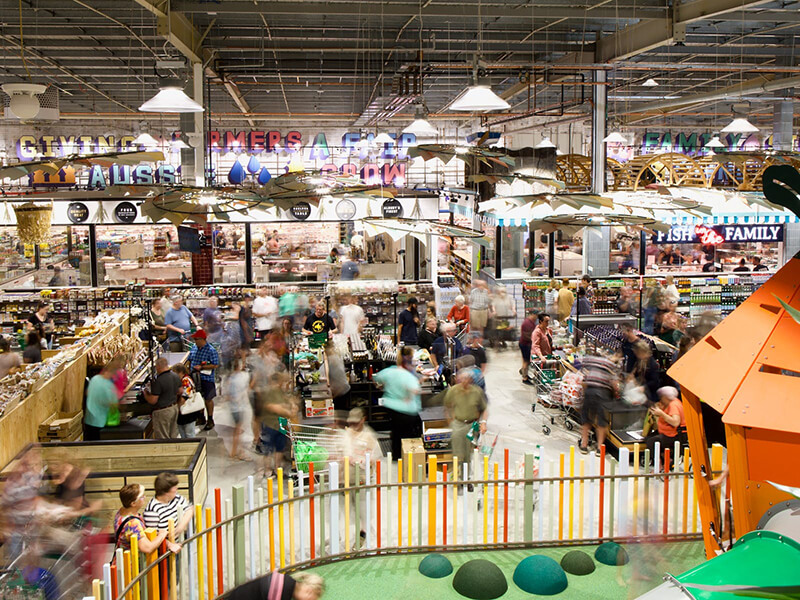 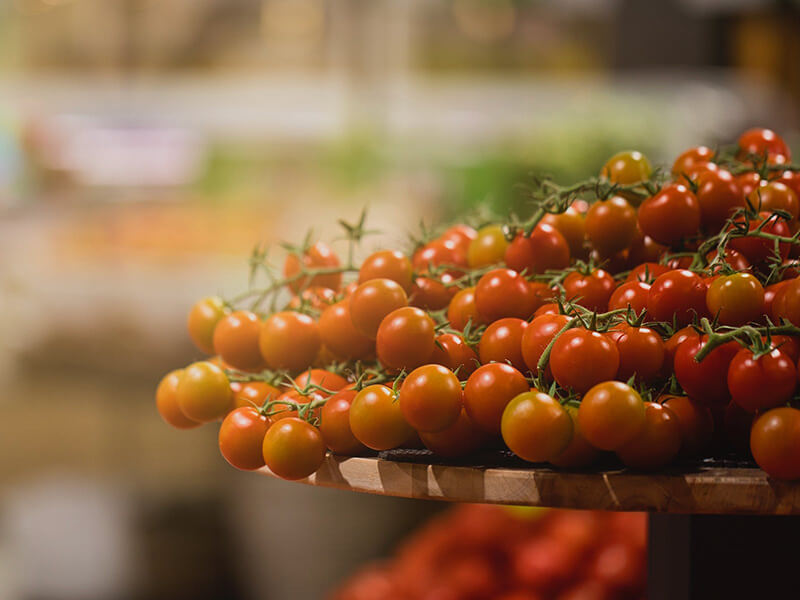 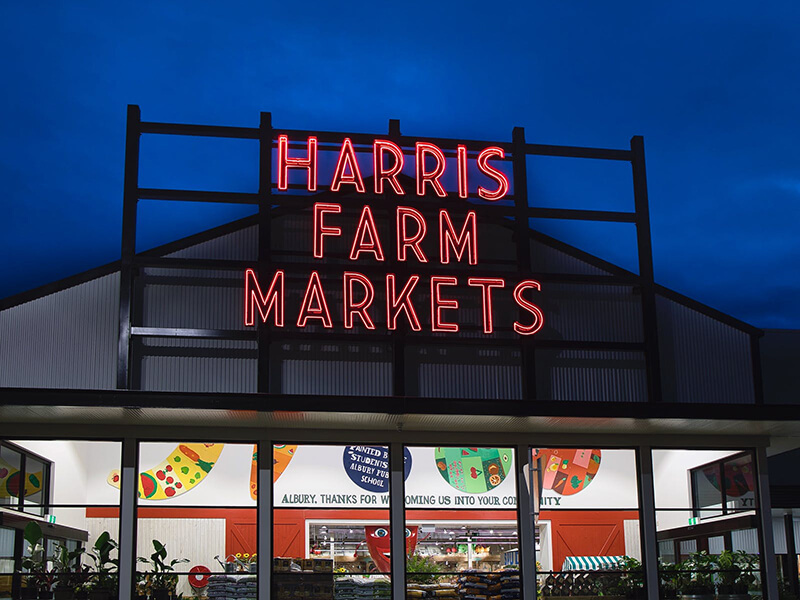 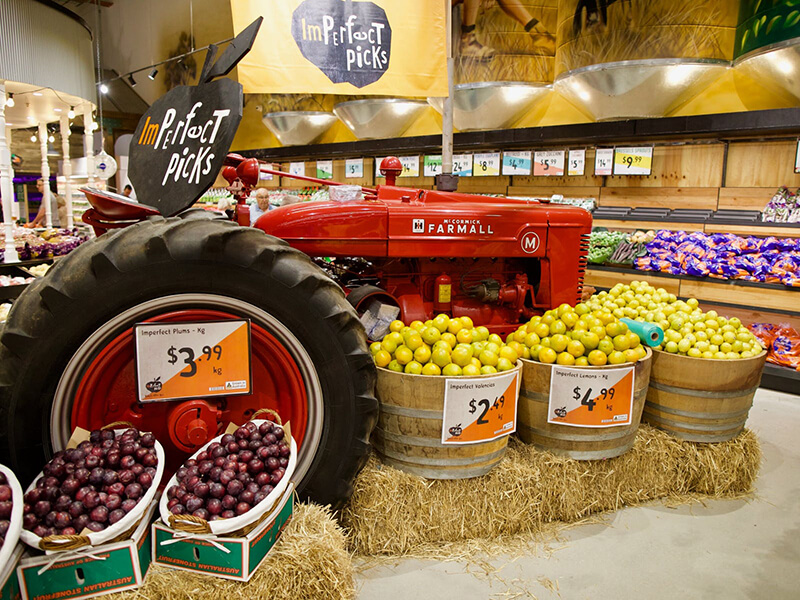 Grocery chain Harris Farm Markets has opened its largest store in Australia in Albury Wodonga. The store is a massive 4,450-square metres in size and the site was chosen specifically because of the opportunities for creativity and growth. The Harris family is also excited by the opportunity Albury Wodonga provides for potential corporate expansion into Victoria as well as the Border’s location as a food bowl for the region.

The retailer opened its doors in the old Bunnings Building on Young Street to the general public on 29 January 2021 to unveil its over $12 million investment. They have employed 150 staff from the Border region. This is on top of all the locally based trades (such as DLG and Tonkin Plumbing) and small consulting businesses (such as Design By Two, Belles and Whistles and Albury Wodonga Creatives) who were also hired to help with the store build, interior design and launch marketing.

Harris Farm Markets is a unique retail concept to the Border as it houses 6 concession partners inside its premises. Five of the 6 concessions are locally based retailers including Rebel Donuts, a Melbourne based business who has relocated to Wodonga specifically to oversee their Harris Farm business. Others, such as Gundowring Ice Cream, Milawa Bread and Murray River Smokehouse, view the Albury Harris Farm store as an opportunity to try out new product lines and expand. For instance, Yarrawonga business owner, Lizzie Bayles’ second Blacksmith Provedore in Harris Farm Albury has allowed her to take on 40 more employees.

As well as the concession partners, Harris Farms Markets prides itself on supporting local suppliers and is stocking several local brands on its shelves such as Beechworth Honey and Rich Glen Olive Estate, providing an exciting opportunity for these producers to gain access to a wider customer base.

Harris Farm Markets Albury is focused on being a unique shopping experience. The store has a family fun fair atmosphere with lots of displays to interact with, admire and even a playground. Rather than focusing only on shopping, customers are encouraged to stay, play and eat. Much of the interior decoration within the store has come from locally sourced recycled and repurposed materials created by skilled artists. There is a feature wall silo mural by Benalla artist Tim Bowtell and even kids from Albury Public School were involved in painting the fruit and vegetable artworks that decorate the front entrance.

As well as highly the importance of innovative, ethical and sustainable fresh food and pantry items, it is hoped that Harris Farm Markets will also become a destination store to bring retail dollars from surrounding towns and tourists into Albury Wodonga. 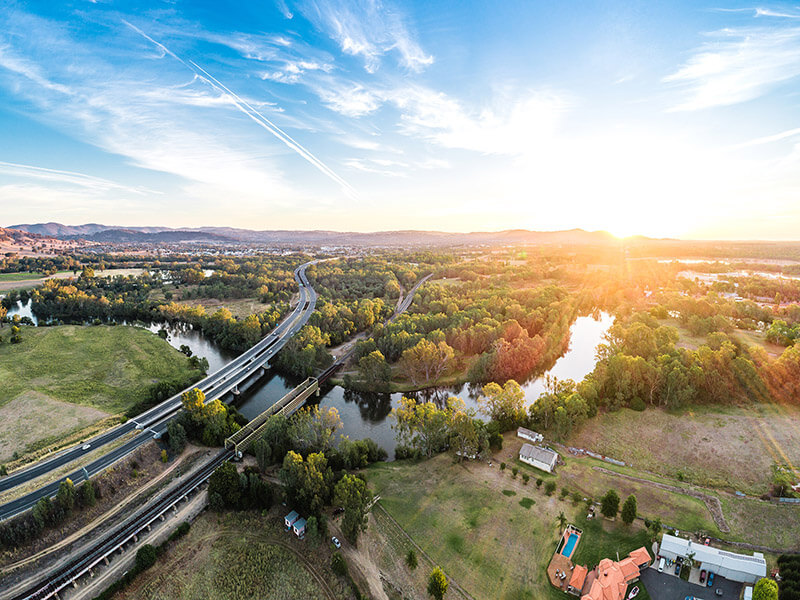 Inland Rail is set to complete our national freight network, transforming how we move goods around Australia. Find out the latest on the project as we prepare to welcome the Inland Rail Conference to Albury Wodonga, 26 and 27 May 2021. 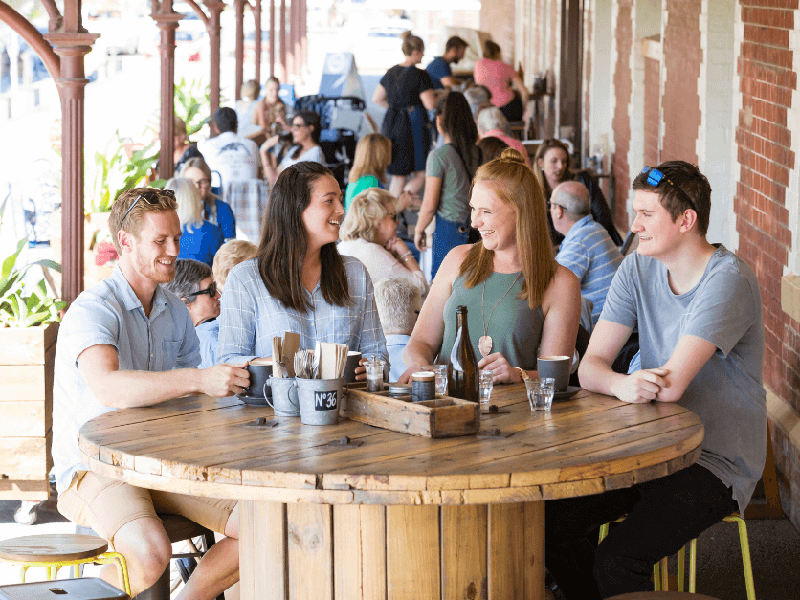 Attracting and retaining highly skilled staff is made considerably easier with the sought-after lifestyle Albury Wodonga has to offer. 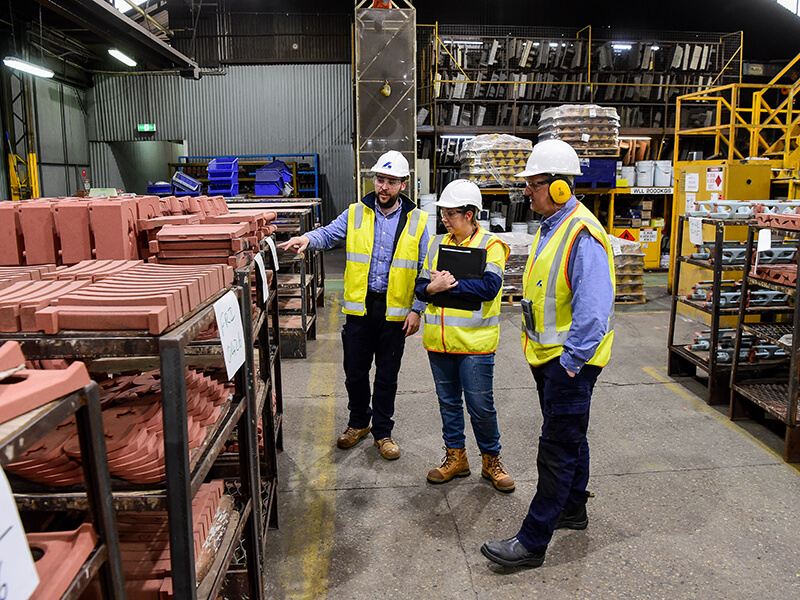 The expansion of manufacturing as a result of COVID-19

Albury Wodonga is strongly positioned to return to capacity and remain competitive in the national and global manufacturing landscape.